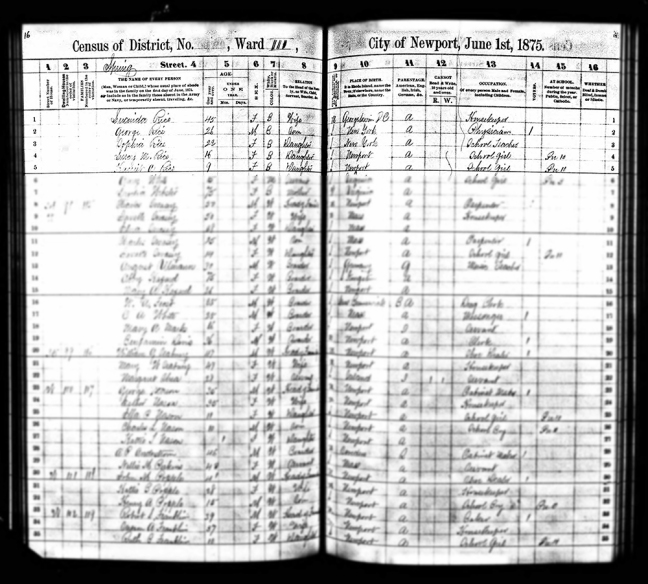 So much information can be gleaned from census records. In this Rhode Island state census from 1875, we learn that education was important in the Rice household. Nine-year-old Harriett lives with her parents (her father is listed on the preceding page) on Spring Street in Newport. Her brother and eldest sister are also in the home and employed as a doctor and school teacher respectively. She also has a teenage sister who, like Harriett, is also a student.

We also learn that the Rice family is not native to Rhode Island. Harriett’s elder siblings were born in New York and her mother in Washington DC. 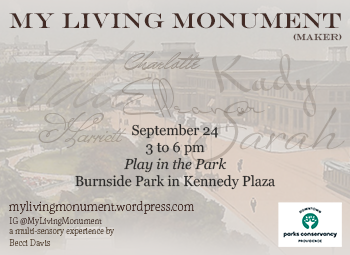 Next Tuesday, I will be back in the park for the last My Living Monument. Come thru! If you would like to know more but can't make it, check out my blog. (Link in bio) Thanks to @therealjensmith and @kennedyplazapvd for supporting this project and hosting three MLM events this season!
Charlotte's husband, Albert, was a lumber merchant. He liked to call her Lottie. According to the 1860 census, their personal estate was worth $46,300 which would be the equivalent of almost $1.5 million today. Perhaps, I should have been a journalist or private investigator. 🌳=💰 #herstory #herstorynerd #HernamewasCharlotte
What are some ways that you practice active remembering?
The next and final #mylivingmonument of the season will be September 24 from 3-6! The goal for that event is to use Burnside's platform to tell our own stories. I would love for you to make it in person but even if you can't, please participate by writing the name of someone whose life/story has been pivotal to yours. The next time we cross paths, ask me for a card so that you can keep the memory of your chosen person alive! 🙏🏾 Who do you look up to?
%d bloggers like this: